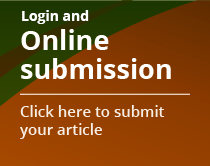 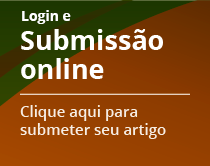 This issue of TMM presents a series of articles in tribute to Prof. Wilson Luiz Guesser, who passed away in February 2020. These articles reflect part of his national and international collaborations in cast irons, covering diverse topics as physical metallurgy, machining, thermo-mechanical fatigue, and tribology of these alloys.

Prof. Guesser had his Master (1983) and Doctor degree (1993) from the University of São Paulo. During his career he focused on using scientific knowledge to meet the demands of Latin America major cast iron foundry where he worked for many years. Balancing the industry demands and academic interests and firmly believing in industry-academia collaboration he was the main supervisor of 17 Dissertations and 1 Thesis as a Professor at UDESC. His work was recognized with awards by ABIFA, ABM, FINEP, SAE Brasil, and AEA in different categories. His legacy to cast irons was definitively achieved with two seminal publications: The book “Propriedades Mecânicas dos Ferros Fundidos”, in 2009, (with more than 100 citations in Google Scholar), and three chapters in the ASM Metals Handbook on Cast Iron Science and Technology (2017 Edition): - Specification, selection and applications of compacted graphite irons, - Castability, Product Design and Production of Compacted Graphite Irons, and - Microstructure and Characterization of Compacted Graphite Iron, all co-authored with Dr. Steve Dawson.

The involvement of Prof. Guesser was extraordinary in the development of high strength cast iron for engine blocks but his contributions were very significant in many other applications. In particular, his most cited paper (more than 250 citations in Google Scholar) is focused on brake disc rotors. Prof Guesser was an active member of ABM.

Undoubtedly, Prof Guesser´s 43 years long career integrating industry and academics with outstanding results is an inspiration to many Brazilian engineers and researchers.